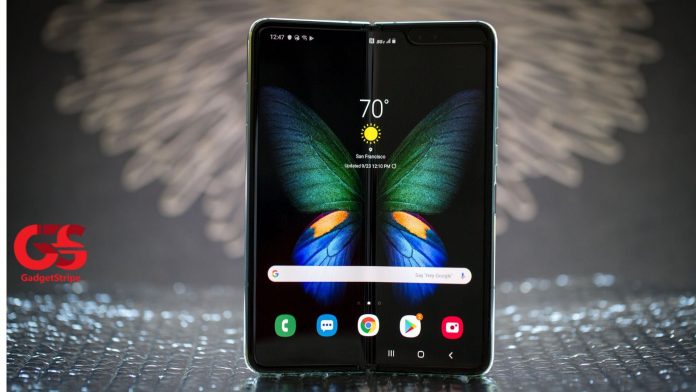 Here today we will talk about the top best smartphone in Nigeria 2019 some were officially released in Nigeria and the others sold immensely in the Nigerian market for 2019.

The Smartphone industry has witnessed a tremendous growth in 2019 here in Nigeria and we’ve seen a number of big Smartphone brands officially launch their Smartphone in a special event in Lagos.

2020 is almost here but we will reflect on the events and best Smartphone’s that are available in the country a lot of Smartphone brands include Samsung, Xiaomi, Tecno and Infinix.

NB: This Is In No Particular Order They are all the best smartphones in Nigeria for 2019. Winks!!!

So let’s begin with the list of best Smartphone that sold in Nigeria for 2019.

Starting the list we have the Samsung galaxy note 10 which was debuted in Lagos the same day it was released globally. Generally speaking, this has to be one of the best devices of 2019 it packs lots of astonishing features the only thing that it lacks is the fast trending 90Hz refresh rate as in 2019 we’ve seen  Smartphone’s push to as high as 190Hz refresh rate.

Another noticeable problem is the 3500mAh battery but battery which is small when you put it in direct competition with other Smartphones within its price range.

The device comes with a 6.3inch Dynamic AMOLED display with a resolution of 1080 x 2280 with a screen to body ratio of 90.9 just to tell how minimal the bezels are.

The Array of the triple camera at the back makes it even more special. The phone’s ability to record super steady videos is next to none. The stylus pen has been upgraded with some motion gestures that make it even greater.

There are a lot of iPhone lovers in Nigeria and the Apple iPhone 11 Series has been well accepted by Nigeria even though the only upgrade includes the camera and chipset.

The IOS 13 comes with a system-wide dark mode and some major improvements in the software. The camera seems to be more powerful even though it is still the same 12MP camera module.

Battery optimization has also been significantly improved if you are coming from the iPhone 10 XS Max you also get additional 18W fast charging but you must buy a separate 18W fast charger.

It has an IP 68 water and dust resistant. Overall we know what the iPhone is capable of but in terms of features, there is nothing new.

This device was launched in Nigeria and went out of stock after a few hours even though it was very expensive. This Smartphone is the best device of 2019 and at the same time, it gives you a sneak peek into the future of Smartphone’s generally giving you a combination of a phone and a tablet together.

The Galaxy fold comes with three display panels. Although the design was not smooth at first Samsung went back and improved it before its official release. Performance is top class as the device is powered by the Snapdragon 855 with 12GB Ram and 512GB storage.

It also comes with a massive 4380mAh battery. The Samsung galaxy fold is the first of its kind and it’s a sure thing that we will see more foldable devices from Samsung and other smartphone manufacturers.

This Smartphone is one of the most talked-about devices of 2019 especially the hybrid zoom capabilities. It officially became the best photography Smartphone after released but towards the end of the year, we saw the iPhone 11 pro max, Google pixel 4XL and also Samsung galaxy note 10 plus.

Battery life on the Huawei p30 pro is awesome as it comes with a 4200mAh battery it also has 18W fast charging and supports reverse wireless charging. The 6.4 inch OLED display has a resolution of 1080×2340.

Have You Check Yet? Best Smartphone in the world in 2019?

The design is astonishing as it is covered on the front and back with glass with a metal frame. Most people are already upgrading the device to Android 10 with EMUI 10.

The Xiaomi Redmi Note 8 pro was officially debuted in Lagos Nigeria at a special event. This has to be one of the best smartphones that have been launched in the country this year. It is the upgraded version of the Redmi Note 7 pro that was also released earlier in Nigeria.

It has a whopping 4500mAh battery you can imagine the juice this device will give you. This is also the first device to use the MediaTek Helio G90 Gaming chip which has proved very efficient.

The Smartphone also has improved camera abilities with a 64MP main camera and a 32MP front-facing camera. The display is large and it is sized at 6.53inch which gives good gaming experience.

It also has additional cooling abilities giving the fact that it is a gaming device.

The best device released by Tecno this year it was launched at a special event in Lagos. This device comes with a 6.39inch AMOLED display with 1080×2340 it displays colors brightly.

It has a 3500mAh battery which makes it difficult to recommend considering its price and other phones within the same price range.

One thing I will like to see in Tecno devices come 2020 is fast charging. The Tecno Phantom 9 has very good camera ability it runs on Android 9. It is powered by the MediaTek Helio A35 with 6GB RAM and 128GB storage performance is no doubt smooth.

The Redmi k20 pro has to be among the top best smartphones released in 2019. It has every inch of greatness from its build, design, and display and camera quality. The pop-up camera module made it possible for a full-screen display.

There is a whole naming scheme between the Redmi K20 and the Redmi K20 pro. Although looks might be similar the chipsets are different.

It has an optical in-display fingerprint sensor and on top of an AMOLED display. The 4000mAh battery does justice to the device and the 18W fast charger makes it even better.

This device is one of the most popular smartphones in Nigeria for the Year 2019. I personally want infinix to do more in terms of bringing out greater devices.

Another special smartphone that was launched by Huawei in Nigeria this year the Huawei Y9 2019. The smartphone has a 6.59inch IPS LCD Display with a 1080 x 2340 resolution. The motorized pop-up part houses a 16MP front camera with an f/2.0 aperture.

At the back, we have another 16MP main camera an 8MP ultrawide wide lens and a 2MP depth sensor. Design is very sleek as we have a combination of glass and plastic at the front and back.

It comes with a 4000mAh battery capable of running a single day if completely charged. The Performance is good as the device is powered by The Hisilicon Kirin 710f it runs on Android 9 with EMUI 9.1. This phone is highly recommendable to anyone.

Nokia has a very good reputation in the Nigerian market. With the smartphones that we have seen them released in 2019, there is no doubt that they will be in for a good run in 2020. The Nokia 7.2 is a resounding device with very good camera quality.

The only problem would have been the battery power but the Snapdragon 660 optimize battery perfectly. You will get close to 7 hrs battery power on a single charge with heavy usage it also comes with a 10W fast charger.

The display size is 6.3 which is quite large and suitable for media consumption. It’s an android one device and it runs on Android 9.

It has a triple camera setup at the back with a 48MP main camera, an 8MP ultrawide and a 5MP depth sensor. These cameras combine to give you better quality photography.

I recently got my hands on the oppo Reno 2 and oppo reno 2F. The first impressions I got were great. Color Os was very clean and warm in the eyes it made me consider using an oppo device in the near future. Oppo is officially in Nigeria and it’s a great thing to have this awesome brand in Nigeria.

The oppo Reno 2 has a 6.5inch AMOLED display. It also has 8GB RAM 256GB storage it is powered by the Snapdragon 730G chipset this makes you know that performance is top-notch.

It comes a motorized pop-up a module that houses a 16MP front camera. the pop-up module is not as the regular ones we’ve seen it pops vertically from the middle.

At the back, we have a 48MP primary shooter, 13MP telephoto lens that does an outstanding job, 8MP ultimate and 2MP depth sensor.

It also has an optical in-display fingerprint sensor and a 4000mAh battery it also comes with a 25W super fast Vooc flash charger inside the box.

The device charges from zero to a hundred in less than one hour and thirty-five minutes.

The tecno camon 12 pro have similar specs with the tecno phantom 9. it has a very sleek and lovely design it simply one of the best smartphone in Nigeria 2019. the smartphone was launched in September it has an AMOLED display with 720p resolution.

Nothing separates both the camon 12 pro and the phantom 9. It has a 3500mAh battery capacity which is a deal breaker to many people.

there is also an optical in display fingerprint sensor that is pretty fast. camera appears to be better than the phantom 9 even though both devices come with the same camera setup.

Overall Take On The Best Smartphone In Nigeria 2019

This year we’ve seen a lot of brands troop into Nigeria. We wish to see more of that in 2020.

You Can Buy Some Of This Devices Here On Jumia

As this will bring very good competition. It will also make different options available this will give you the best value for money.