Touch screen monitors are one of the best inventions for computers. They are lightweight, easy to use, and provide a lot of convenience for the users. Even though touch screens are prevalent devices nowadays, many people are still confused about how they work. Touch screen monitors can confuse people who rarely use computers and only want a primary computer to use once in a while. Given the advancement of touch screen technology, many people are looking to buy these types of monitors. But what are their advantages and disadvantages compared to standard computer monitors? Let’s get started.

How Do Touchscreen Monitors Work?

A touchscreen monitor is an electronic visual display that features a touch-sensitive screen for user interaction. The screen allows the user to interact with the computer by touching icons or links on the screen, rather than using a keyboard and mouse. Touchscreen monitors are available in many different sizes and specifications, ranging from small hand-held devices to large wall-mounted screens. They are most used in public kiosks, ATM machines, and point of sale (POS) systems.

You can’t beat a touchscreen monitor for convenience, and it’s easy to see why they’re becoming popular. If you’re considering buying one, here are some specific benefits you’ll enjoy.

One of the most significant advantages of a touchscreen monitor is that it’s compact. It takes up less room than an all-in-one computer, with its separate tower unit. It’s also more organized than a desktop, with many wires running from the screen to the keyboard and mouse. You don’t have to worry about finding space for all those trailing cables or accidentally pulling the wrong cord.

A touchscreen monitor also puts less strain on your eyes: since you’re sitting closer to the screen, you won’t have as far to look to read what’s on it. And without having to rely on a mouse and keyboard, you can use your arms and hands in better ways for your posture and your overall health.

A 4k touch screen monitor lets you use your computer directly with your fingers. This is convenient and keeps your hands from transferring dirt onto the keyboard and mouse. Keeping those devices clean is possible with effort, but it’s much easier to keep your fingers clean than a keyboard clean.

You might think that the downside to this would be that the screen would become dirty faster than usual. Yet, with many models of touch screen monitors, you can wipe them down with a soft cloth without affecting their performance.

A touch screen monitor for PC replaces a keyboard, mouse, or trackpad. It can also be operated with the same hand-on approach people use with other devices, such as smartphones and tablets. This means less hardware reducing production costs for manufacturers who offer touchscreen options in their products. It’s also more convenient for users who don’t have to worry about communicating with the monitor through a peripheral device.

Touch screens are more accessible for people who have difficulty using traditional computer equipment. For example, individuals who experience fine motor difficulties or mobility issues often find touch screens more straightforward than other kinds of computer equipment. This increased accessibility means that more people can effectively use computers, making all their functions more convenient for everyone involved.

Another advantage of a large touch screen monitor is that it’s highly durable. While it’s easy for keyboards and a mouse to stop working due to spills, dust, or wear and tear, touch screen monitors can withstand anything. They’re designed so that nothing will happen to them, even if something gets spilled on them. Since they’re also made of very sturdy material, they won’t break easily if you accidentally drop them.

Finally, another significant advantage of a touch screen monitor for Mac is that it increases efficiency in the workplace. With these monitors, employees can easily navigate documents and programs without using a mouse or keyboard. They also eliminate the need for separate keyboards and a mouse for each computer in the office.

Disadvantages of a Touchscreen Monitor

While they’re intuitive and easy to use, touchscreen monitors have drawbacks.

You can create typing errors with a touchscreen monitor. Your hands could have oil or residue that leaves smudges on the screen, which can cause the cursor to move around erratically. It can be frustrating if you use your computer for business purposes and need to type quickly and accurately. If you are using a USB touch screen monitor for these reasons, you must keep your hands as clean as possible so you do not leave any residue behind.

Cleaning is more complicated. You could be used to wiping down your monitor, keyboard, and mouse with the same cloth and some water or window cleaner. But, this method can do more harm than good for touch screens. Instead, use a dry microfiber cloth or an anti-static cloth designed especially for cleaning monitors.

One of the significant disadvantages is fragility. A simple scratch can damage a touch screen, so many people place a screen protector on their devices. Repairing a touch screen is often more expensive than other types of repair. Some devices might be unrepairable after significant damage. But, you can use an anti-glare protective film for the monitor.

Touch screen monitors cost a lot more than similar non-touchscreen models. The technology inside them is more complex, meaning the initial cost of production is higher for a manufacturer. If you want to use touch screen monitors in your business, you’ll need to make sure that you’re getting enough value out of them to justify their higher price tag.

Touch screen monitors are more common nowadays, especially on home computers. They are also slowly being used in the office. These screens allow you to draw on your computer using a stylus, which is quite fun and practical sometimes. Yet, they have some disadvantages that you should be aware of before deciding whether to buy a touch screen monitor. Touch screen monitors can be a handy choice if you know what to expect from them. 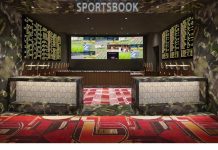 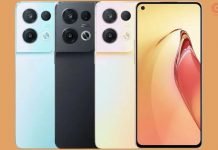 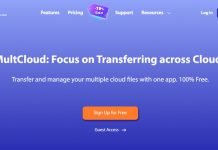 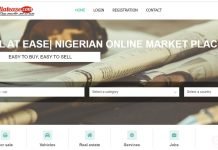 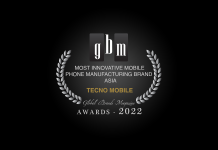