In this post, we will be comparing the Xiaomi Poco X2 vs Realme X2. A lot of people see the recently released Pocofone X2 being tagged by many people as a direct completion for the Realme X2. Is that so? read on this article to know all of that is true or not.

We will compare the devices through various aspects in order to see what both smartphones have in common and what they have that is different from one another.

The Realme X2 was released in September 2019 while the Pocofone X2 will officially be released on the 11th of February 2020 but there are a lot of videos about the device already.

So as to clarify things and make for easier understanding this comparison will be categorized into various aspects. 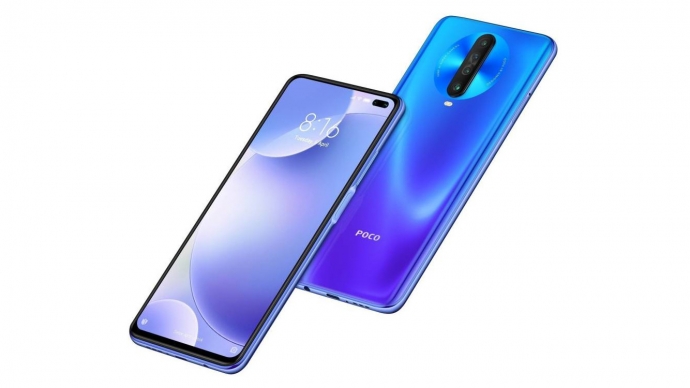 First off we will start with the design aspect on both devices. Both devices come with glass at the front and back they also have the corning gorilla glass 5 protection on both sides.

Cameras at the rear end of both devices are aligned vertically with that of the Pocofone at the middle and the Realme aligned on the left-hand side at the back.

Both displays have corning gorilla glass 5 protection. The Realme X2 is clearly ahead in this aspect because of the AMOLED panel it comes with but the Pocofone X2 has the 120Hz refresh rate making it run even smoother.

The Smartphone’s share a lot of similarities when it comes to the camera aspect. Both devices come with quad cameras at the back. They both have a primary shooting lens of 64 MP just like we also have on the Redmi Note 8 Pro.

The remaining cameras on both devices are 8 MP ultra-wide lens, 2 MP dedicated macro lens, and another 2 MP depth sensor.

Their differences come on the front camera the Pocofone X2 has dual punch-hole cameras at the right-hand side of the screen. The front camera houses a 2 MP depth sensor and a 20 MP main camera while the Realme X2 has a notch that houses a 32 MP camera.

Now let’s talk about picture quality on both devices. Both camera sensors are the same on the Smartphone’s so there won’t be much difference in the pictures both devices will produce.

Performance and Storage Comparison on Poco X2 vs Realme X2

So the Pocofone X2 runs on android 10 straight out of the box while there is going to be an android 10 upgrade coming soon for the Realme X2.

Both devices are powered by the SnapDragon 730G chipset and also have the Adreno 618 GPU for graphics processing which will give you very great gaming experience.

They both have an Octa-core CPU, everything in this aspect is also similar.

Storage on the Pocofone X2

Storage on the Realme X2

The Poco X2 comes with a 4500mAh removable battery that has a 27W fast charging ability. while the Realme X2 has a 4000mAh battery with a 30W VOOOC flash charge 4.0.

The super-fast charging that is available on the Realme X2 is an added advantage even though it just a 4000mAh battery.

Well, both phones share a lot of similarities with hardly anything to separate the both of them. If you a fan of the large screen, then the Xiaomi Poco X2 will be the right phone for you.

Feel free to use the comment section and ask any relevant questions regarding this Comparison. 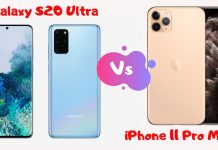 Tecno Spark 4 vs Infinix Hot 8: All In One Comparison 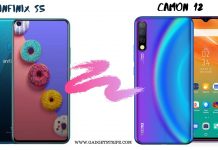