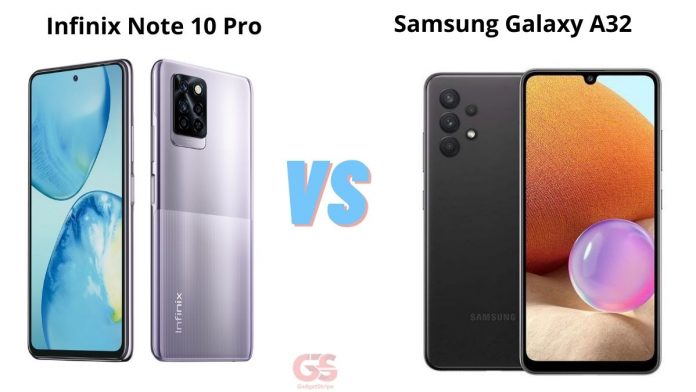 Infinix and Samsung are some of the top Nigerian brands I and today we are comparing the Infinix note 10 Pro Vs Samsung Galaxy A32. Most people will wonder why we are comparing this phone but It is because they come in at a similar price point. They have certain similarities as well differences can be the reason why you buy one over the other. The Samsung A32 comes with a compact form factor and it is suitable for one-hand usage. For those that like bigger displays the Note 10 Pro might be your preferred option.

They are both midrange phones and as far as performance goes you can trust them both to deliver. Infinix did a good job with the design of the note 10 Pro and we will break down all the aspects. After reading this article you will get a clear idea of which phone you should probably buy between the two phones.

the infinix note 10 pro and Samsung galaxy A32 both have a 64MP main camera. they come in at a similar price and there are some differences and similarities that I am going to talk about in this video.

The Galaxy A32 price in Nigeria is starting at NGN 117,000 while the price of the Infinix Note 10 pro costs NGN 120,000. So, the infinix note 10 Pro or Samsung galaxy A32 which should you buy? In this comparison, you will find out everything that is there to know about both phones starting with the contents you get inside the box of both phones.

Infinix Note 10 Pro Vs Samsung Galaxy A32 – Which Should You Buy?

In this aspect, both phones are made of plastic and it is more durable than glass. We have a glass at the front of both phones and the galaxy A32 has a corning gorilla glass 5 protection. the Infinix Note 10 Pro doesn’t have specified display protection. If you like bigger screens then the note 10 pro comes in at 6.95 inches, however, the Samsung Galaxy A32 comes in at 6.4 inches and I find it to be more compact and easier to use with one hand.

We have a center hole cut out on the infinix note 10 pro which is trendy. The cutout is a little bit big when compared to other phones with center hole cutout displays. The Samsung A32 is rocking an infinity v style display, an infinity O cutout would have been better here.

We have an optical in-display fingerprint scanner in the galaxy A32 and I find it slow. The infinix note 10 pro uses a side-mounted fingerprint scanner and it is faster. We have a refreshing design on the rear of the Galaxy a32 and it’s not the regular camera bumps we are used to seeing. Each camera has its own cutout. The note 10 pro has a bump that houses all the cameras including the flashlight. They both charge through USB type C.

we have a headphone jack on both phones and they both have a down-firing speaker but the infinix Note 10 Pro has a second speaker at the top. The sim slot is placed in the same location on both phones. As far as design goes I prefer the looks of the A32 even though it is slippery and using it without a case is a difficult task. The Note 10 pro is not as slippery as the A32 and it has a sort of matte finish at the back.

Display Aspect on Samsung A32 and Infinix Note 10 Pro

Talking about display the galaxy A32 uses a super AMOLED display while the Note 10 Pro uses an IPS LCD. Now both phones have a 90Hz refresh rate and the high refresh rate makes using both displays enjoyable and faster. The Super AMOLED display on the A32 is very bright and it can get up to 800 nits outdoors when set to auto-brightness. The IPS LCD on the Infinix Note 10 Pro is decent but not as bright as what we have on the A32.

They both have 1080P resolution and streaming content on both phones is great you get better colors on the A32. Screen to body ratio is similar here and even though we have an infinity V cutout on the Samsung and a centered punch hole cut out on the infinix note 10 pros. Samsung has some of the best displays in the industry and after using several phones with an AMOLED display in 2021 the A32 has to be the best so far.

I’ve used the Redmi Note 10 which is one of the cheapest phones in 2021 with an AMOLED and the Redmi note 10 Pro max but they are not close to the A32. I have links to both videos in the comments below. The infinix Note 10 Pro has a decent large display and the cut-out isn’t noticeable when streaming content. In this aspect, the Galaxy a32 has a better display because it’s very bright outdoors the Note 10 Pro is also bright but not as bright as the A32.

Performance Aspect – Which One Rocks

Now the model of the galaxy A32 that I have comes with 6GB Ram and 128 GB storage while infinix Note 10 Pro has 8GB Ram and 128 GB storage. They are both powered by MediaTek Chipsets with the Note 10 Pro utilizing the powerful Helio G95 and the galaxy A32 using the Helio G80 chipset. In this aspect, the infinix Note 10 Pro is clearly ahead of it faster than what we have on the Galaxy A32. The A32 is also fast and when using the phone there are no lags.

I played COD mobile on both phones and they handle the game perfectly fine. No lags or frame drops but if you are a gamer I will advise you to lean toward the Infinix Note 10 Pro. we have the Mali G52 as the GPU on the A32 and the Mali G76 on the infinix Note 10 pro. performance clearly belongs to the Note 10 Pro it launches apps and games a little bit faster than the Galaxy A32.

This aspect clearly belongs to Samsung both user interfaces are different from each other even though they are android phones. They both run on android 11 with each phone having its own custom skin. We have the OneUI 3.1 on the Galaxy A32 and the XoS 7.6 on the Infinix Note 10 Pro. the oneUI has better animation and color than the XOS. Both phones come with pre-installed apps but you will find more bloats on the Infinix. They both feature dark mode but it is friendlier on the Galaxy a32.

You get ad pop-ups on both phones but the one on the XOS is much more aggressive. The notification and home screen menu on the A32 look better. I feel infinix should continue working on their user interface over the years they have refined it and it getting better and better. Samsung has guaranteed three years of software update on the A32 while we are not sure if the infinix note 10 Pro will get beyond android 11.

Battery Aspect On the Devices

Both phones come with a 5000mAh battery and even though they have a high refresh rate they last a whole day on a single charge. I used the Vivo v21 and with the high refresh rate on the battery drained significantly faster. They both have fast charging ability but the infinix Note 10 Pro has a 33W fast charger that charges the phone from zero to 100 under 2 hours.

The Galaxy A32 on the hands takes at least 2 hours to charge from zero to a hundred using the 15W fast charger inside the box. This aspect should be a tie but the faster charging speed of the Note 10 pro will save you some time.

Final Thoughts on these two devices

The Infinix Note 10 Pro vs Samsung galaxy A32 are incredible phones with huge differences and similarities. If you want a better display and software then the Galaxy A32 is the way to go.  The infinix note 10 Pro is faster and bigger. The camera on both phones is decent and I will go with the A32 in terms of camera. As far as midrange phones go they are both among the best released this year. If you enjoyed reading this comparison indicate your favorite among the two in the comments below. 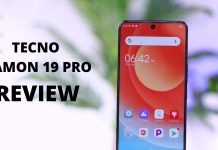 Tecno Camon 19 Pro Review – The Best Camon Ever To Buy! 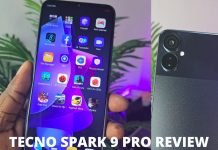 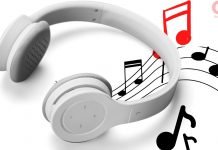 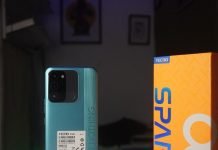 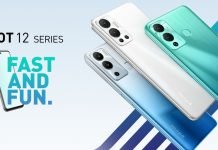 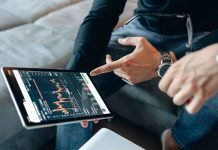