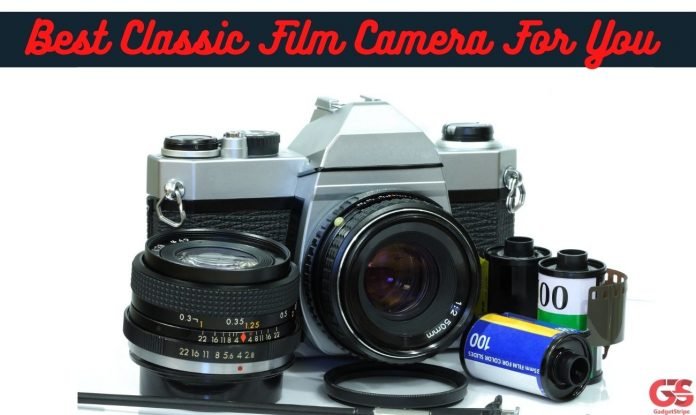 Above all Classic film cameras are impressive gears that can be used at the moment Although we have a lot of advanced cameras these days. Today we are going to be talking about the best film cameras that can be bought in 2022. A lot of them can be found on eBay, Amazon, and some camera stores around. Some people even collect classic cameras and they have them available.

Some brands still make analog cameras but they don’t publicize them the way they market digital cameras. Before the arrival of digital cameras, classic film cameras were used to capture amazing moments in our lives. Till this very day, there are a lot of people out there that are interested in getting classic film cameras. you can also check out the Top Cameras for Professional For Photography in 2021

We are going to list out ten classic cameras that are available for purchase on various online shopping platforms. The cameras listed below are all working and that was an aspect we paid attention to before selecting the cameras. Well let’s jump into the article and share with you a list of the

The Nikon FM 2 is a classic film camera it came with the solid build quality and that was one of the major reasons it stood out. Indeed, it had a metal shutter rather than the horizontal rubber shutter that was reigning at the time. The camera could work without a battery and it was sought after by a lot of professionals and enthusiasts.

The Canon AE-1 was an affordable camera and lots of beginners bought it at the time it was released. It had a plastic body and an electrically controlled cloth focal-plane shutter. The camera had a wide and repeatable shutter speed range. It required a battery to work and it was more consistent than mechanically controlled shutters. The AE-1 used Canons breech-lock bayonet mount, which was replaced by Canons EF lens mount. This is one of the best film cameras that you can buy at the moment.

The K1000 is an old film camera and it had a reputation of being an affordable classic camera. it is a manual camera in every sense but it needed a battery because of its meter. The mechanical shutter in the camera could work without a battery. It was a very simple camera and it was durable too. The camera used the Pentax K bayonet mount and it’s still in use today. It’s a collector’s item by today’s standard and you can still find working models online.

Hasselblad has a reputation for making high-end quality cameras and the C/M 500 came with a futuristic design. It came in a boxed design and it looks similar to the newer RED cameras we have today. The camera lets you fit in a variety of lenses, viewfinders, and attachments. It also had an interchangeable back that lets you swap outbacks in moments while others help you load new films into the spare back. this film camera gave us a glimpse at what the future could look like and we are seeing it now.

This camera was lightweight and it was released as far back as 1978. It is a classic 120/220 film camera and you can find used variants of this camera online. It was portable and it produced large-format images. One of the deal-breakers is that the camera is expensive even nowadays. The camera can only be operated manually and It came with a 90mm lens.

This camera was first introduced in 1970 and it came with an outstanding modular design. The camera had interchangeable lenses and it shared a similar design with the Hasselblad 500 C/M. it’s difficult to get the Mamiya RZ67 in working condition but you can get it on eBay as the product is being listed now and then.

This camera has an amazing build quality that is made out of aluminum and it shares some specs with some modern cameras. It comes with a 35mm lens and a full program AE, manual modes, aperture priority, and shutter priority. The camera has continuous shooting that can match some DSLRs of today. This is a perfect film camera and it is available for sale in the market.

The Leica M-A is a sublime camera that is compact and durable. It is a minimalist camera because it doesn’t have a screen or battery.  It has a 35mm film format and you can buy a brand-new Leica M-A since it was released in 2014. Well, the camera is not user-friendly and beginners will find it difficult to operate. It has what is called a rangefinder that can be used to focus on objects when taking pictures. The lenses of the camera are also expensive which is another problem.

This is one of the professional SLR cameras that was used by a lot of enthusiasts back in the day. It had a 35mm film format and the Olympus mount lens. The camera is small and compact it could easily be carried about. It had a bright optical viewfinder that could be swapped. You can adjust the shutter speed by adjusting the ring around the lens.

This is a very unique camera and it is one of those twin lens reflex cameras. It comes with a film format of 120 and a 75mm f/3.5 lens. The camera is not easy to understand it takes a bit of getting used to. It has a simple design and can shoot 12 frames on medium format 120 roll film. It has a shallow depth of field also known as portrait which is something everyone wants on a modern camera.

Listed above are some of the best olden days classic film cameras that you can find available on some online retail stores. In conclusion, you should know that we compared a lot of classic cameras before coming up with this list. Just incase we missed any of your favorite classic film cameras feel free to mention it in the comments below. 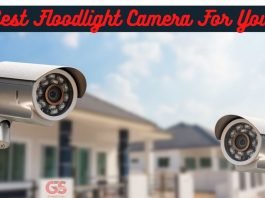 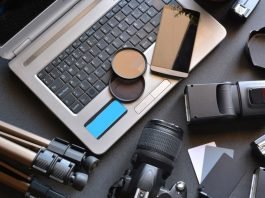 5 Tips For Choosing The Best Digital Camera in 2022 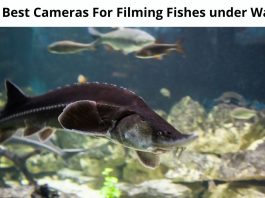 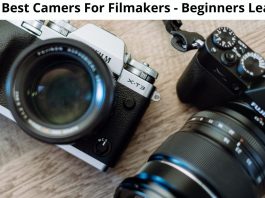 The 10 Best Film Cameras For Beginners To Become Pro